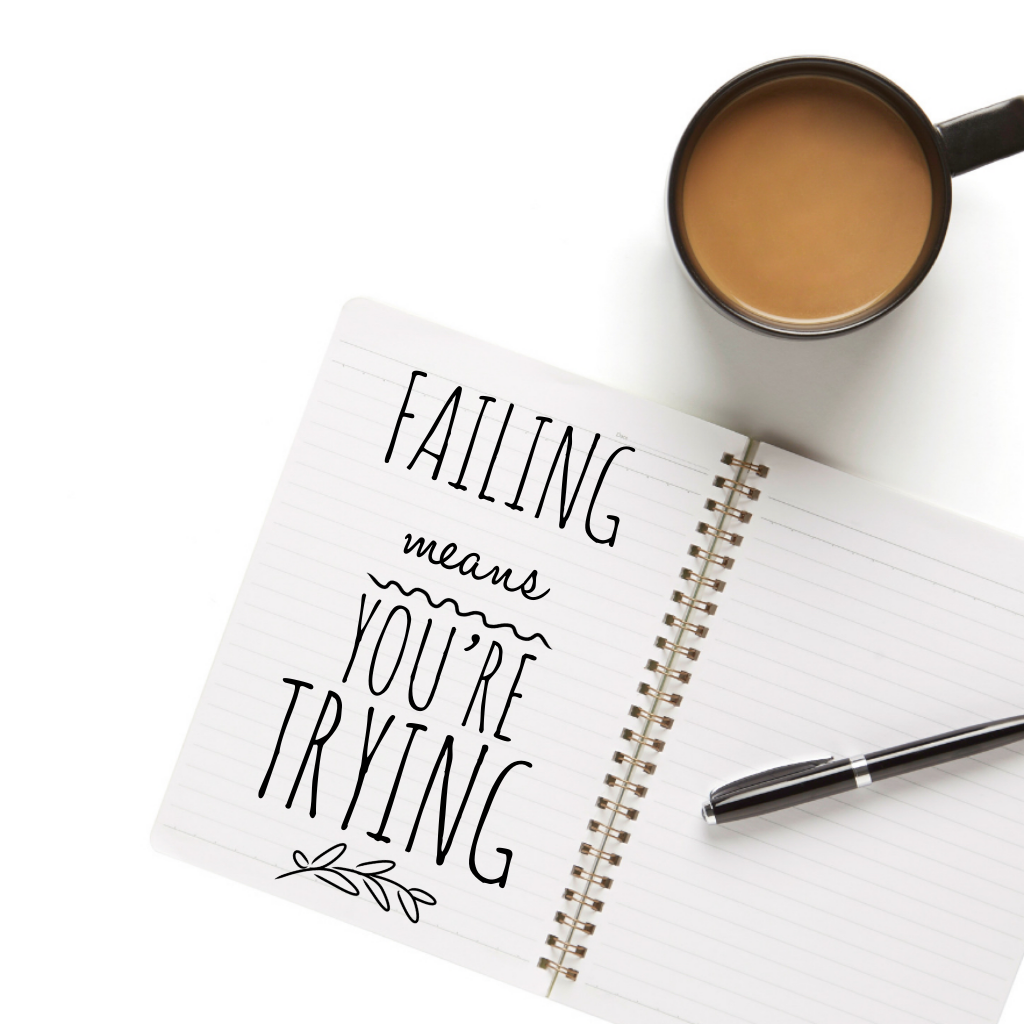 I’d rather fail a million times than never try once.

I was recently at Rise Dallas and Rachel Hollis singled out a sweet mama in the front row who was upset because she already knew she’d fail at exercising when she got home. She’d failed so many times at healthy choices that she was defeated.

But Rachel made her promise to keep failing…to keep trying and failing for as long as it takes, because failing means we are trying.

After Rise Dallas I made a big goal to exercise 30 mins a day for 30 days, even though I knew I was going into a nine day vacation. I was destined to fail – I’ve never once exercised on vacation!

Never the less, I worked toward my goal anyway and I made it to day TEN, AND worked out TWO times on vacation! This was such a milestone for me!

Even though I failed to meet my goal of 30 days, I made it 10 days, and I tried. I’m going to start over and I’m going to keep trying for as long as it takes.

Let’s fail at something today friends, I’m with you! What are you trying? Tell me below! Happy Monday 😘❤️