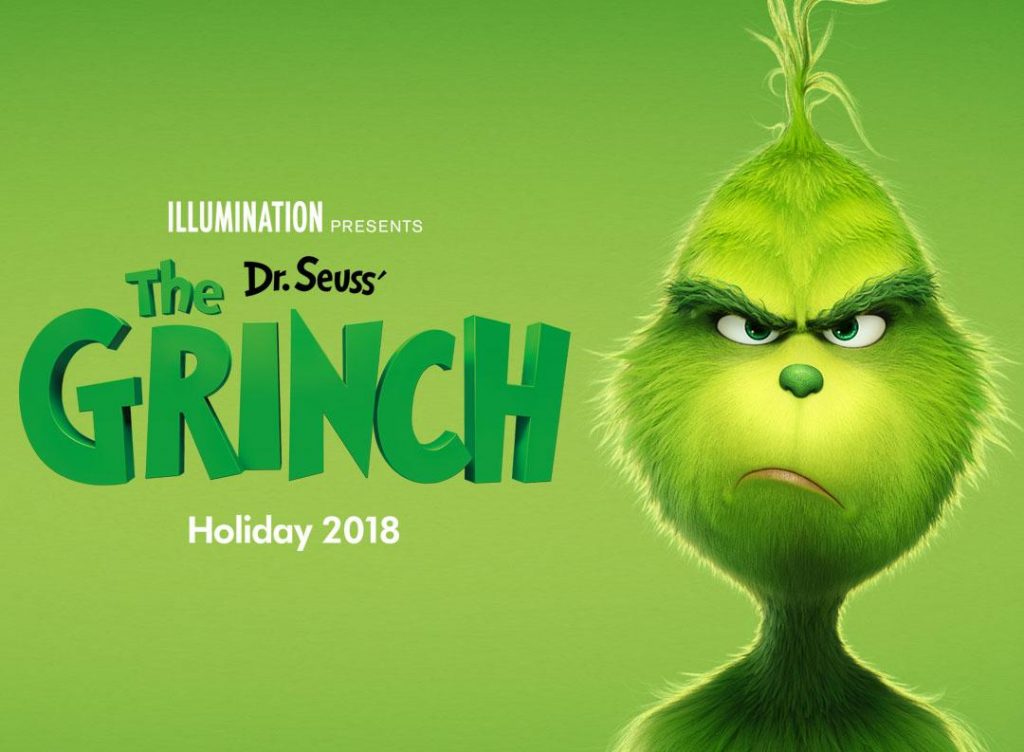 When I saw this Grinch Movie trailer, I was not that excited. Haven’t we already seen the Grinch Movie? Remember that one with Jim Carrey from back in 2000? Why do we need another Grinch Movie?

My kids however, do not remember that Grinch Movie from 2000, because they weren’t even born yet. I think they’ve seen it, surely they’ve seen it right?!

Once they saw this preview of Illumination’s Grinch Movie, they were super excited to see this story brought to life. Especially my eight year old daughter, Malori. She rarely gets excited to see a movie, but she was super eager to go see this one.

You know the story, but here is the synopsis from the Web:

The Grinch and his loyal dog, Max, live a solitary existence inside a cave on Mount Crumpet. His main source of aggravation comes during Christmastime when his neighbors in Whoville celebrate the holidays with a bang. When the Whos decide to make Christmas bigger and brighter, the disgruntled Grinch realizes there is one way to gain peace and quiet. With help from Max, the green grump hatches a scheme to pose as Santa Claus, steal Christmas and silence the Whos’ holiday cheer once and for all.

The Grinch Movie did not disappoint the kids. My daughter and even my boys, ages ten and eleven, really enjoyed the film. Malori laughed and laughed at the new characters. She kept telling me who Cindy Lou was and her favorite character was by far Max, the Grinch’s loyal pup. My boys loved the action and the grumpy shenanigans of the Grinch himself.

For my husband and I, we did not share the same amusement as the kids. The story was pretty boring, and I even dozed off a couple of times. I think we kept comparing it to the 2000 rendition and this version has no comparison. There wasn’t anything new, and it even lacked a story.

The film is brought to us by Illumination, the same creators of the Despicable Me franchise. The characters definitely have a Despicable Me vibe. I did enjoy the music and the narrator. I think this is a great movie for the new generation of kids who did not see the 2000 Jim Carrey version. There is nothing inappropriate, and it is family friendly for kids of all ages.

Who else saw the Grinch Movie? What did you think? Did the kids like it?

Don’t forget to check out the rest of my blog. I have a ton of articles so take a look at the Menu Bar.

Be sure to subscribe to my email newsletter that way you don’t miss anything new! I send out my latest blog posts on Tuesdays because Taco Tuesday is the best day in Austin, TX.