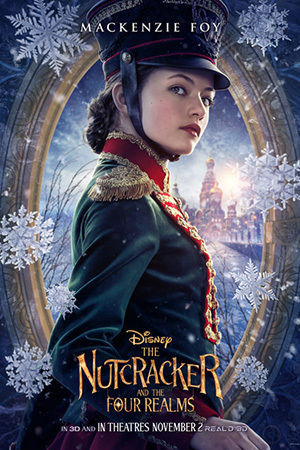 My eight year old daughter, Malori, and I were very excited to see The Nutcracker and the Four Realms. She is in ballet and performs in the Nutcracker Ballet during the Holiday season, so she wanted to see the story come to life in this new Disney rendition.

Young Clara needs a magical, one-of-a-kind key to unlock a box that contains a priceless gift. A golden thread leads her to the coveted key, but it soon disappears into a strange and mysterious parallel world. In that world, she meets a soldier named Phillip, a group of mice and the regents who preside over three realms. Clara and Phillip must now enter a fourth realm to retrieve the key and restore harmony to the unstable land.

The movie trailer portrays a magnificent tale full of beautiful characters, animations, and even a creepy fourth realm. We were a little worried it would be too creepy!

We took the whole family to see the film, even my boys, ages 10 & 11. I will say this: Malori LOVED this movie. She sat on the edge of her seat the entire film. She kept telling us who the characters were, such as the Sugar Plum Fairy and the Toy Soldiers.

My boys on the other hand, were not impressed. The film barely kept their attention and they did not seem to appreciate any of the ballet dancing as much as Malori and I.

The movie is a little slow at the beginning, with not much plot to move the film along. The last hour is full of action and a plot twist which helps you get to the end. I think they did a very good job with the characters and the costumes, but I was a little disappointed overall.

Malori got a little scared one time during the intense fourth realm scene, but it was short and ended quickly. 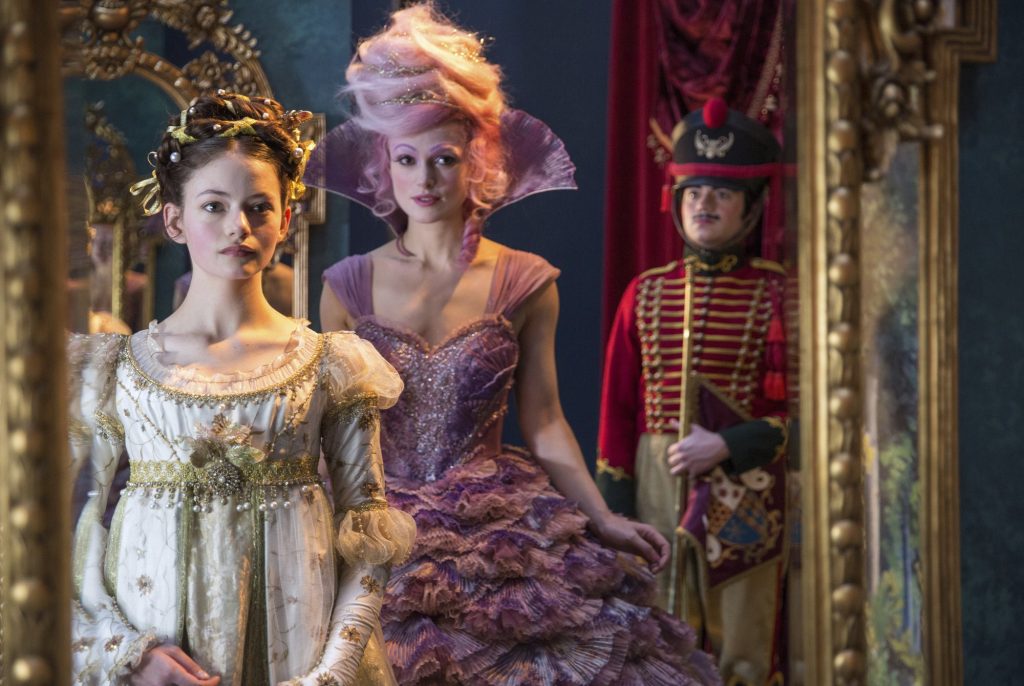 If you are a fan of the actual Nutcracker Ballet, then you will like this movie. Like I said, Malori thought it was the best movie she has ever seen. Its the perfect Little Girls Action Film.

What did you all think? I would recommend taking your little ballerina to see this film as a fun mommy/dancer movie day.

Don’t forget to check out the rest of my blog. I have a ton of articles so take a look at the Menu Bar.

Be sure to subscribe to my email newsletter that way you don’t miss anything new! I send out my latest blog posts on Tuesdays because Taco Tuesday is the best day in Austin, TX.