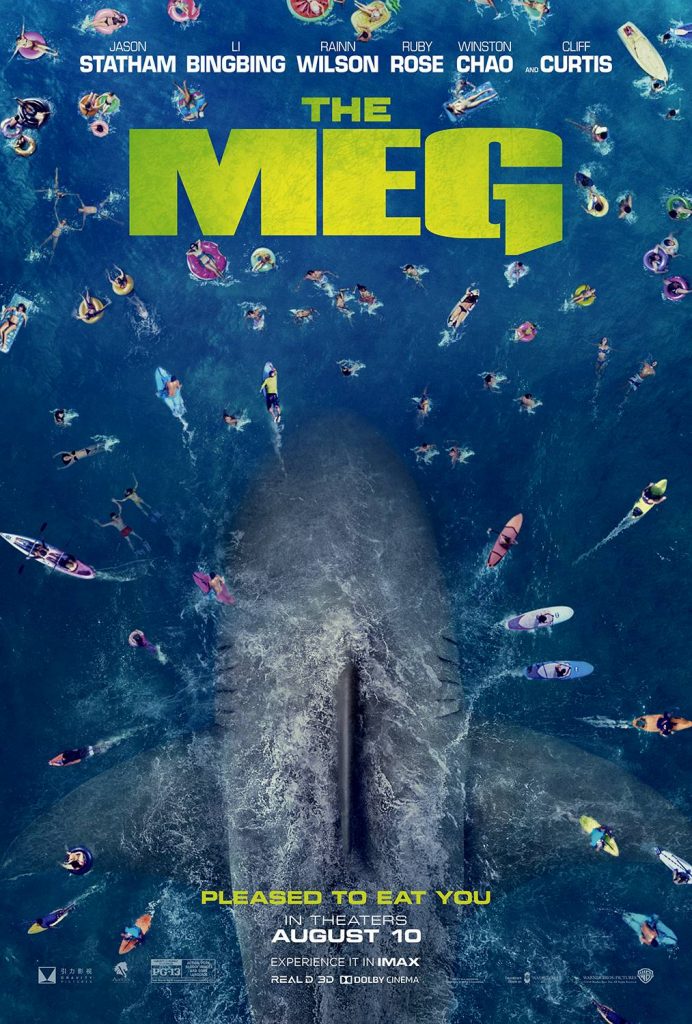 I usually don’t see movies like The Meg. I don’t like movies with animals in them and I am not a huge Jaws fan. However, my husband wanted to see this movie, and I was a bit curious about what a prehistoric Megalodon could do.

I knew nothing about The Meg going into it, I didn’t watch any trailers, and I was surprised by the premise. Think more scientific research lab verses killer shark on the loose.

Here is the description from the Web:

“A massive creature attacks a deep-sea submersible, leaving it disabled and trapping the crew at the bottom of the Pacific Ocean. With time running out, rescue diver Jonas Taylor must save the crew and the ocean itself from an unimaginable threat — a 75-foot-long prehistoric shark known as the Megalodon.”

The Meg was entertaining, not too graphic, had great casting, and kept me on the edge of my seat (literally). The story line was realistic and I fell in love with the characters and their stories.

Yes, a few people get eaten by the Megalodon, it’s inevitable. There may have been a few body parts floating in the ocean, but they were shark poachers so its okay.

We didn’t take our kids with us to see the movie, but I did see a pre-teen (maybe age eleven) in the theater with us. I noticed at one particularly intense part he got up and left for a moment. Other than that, I overheard him telling his grandparents after the movie ended how awesome he thought the film was.

I still don’t think I would take my boys (ages 10 & 11) to see it, but there wasn’t anything too inappropriate. I’d let them watch it at home though.

All in all it was a great film, and it would definitely be my pick of the weekend. Who else has seen The Meg? What did you think?