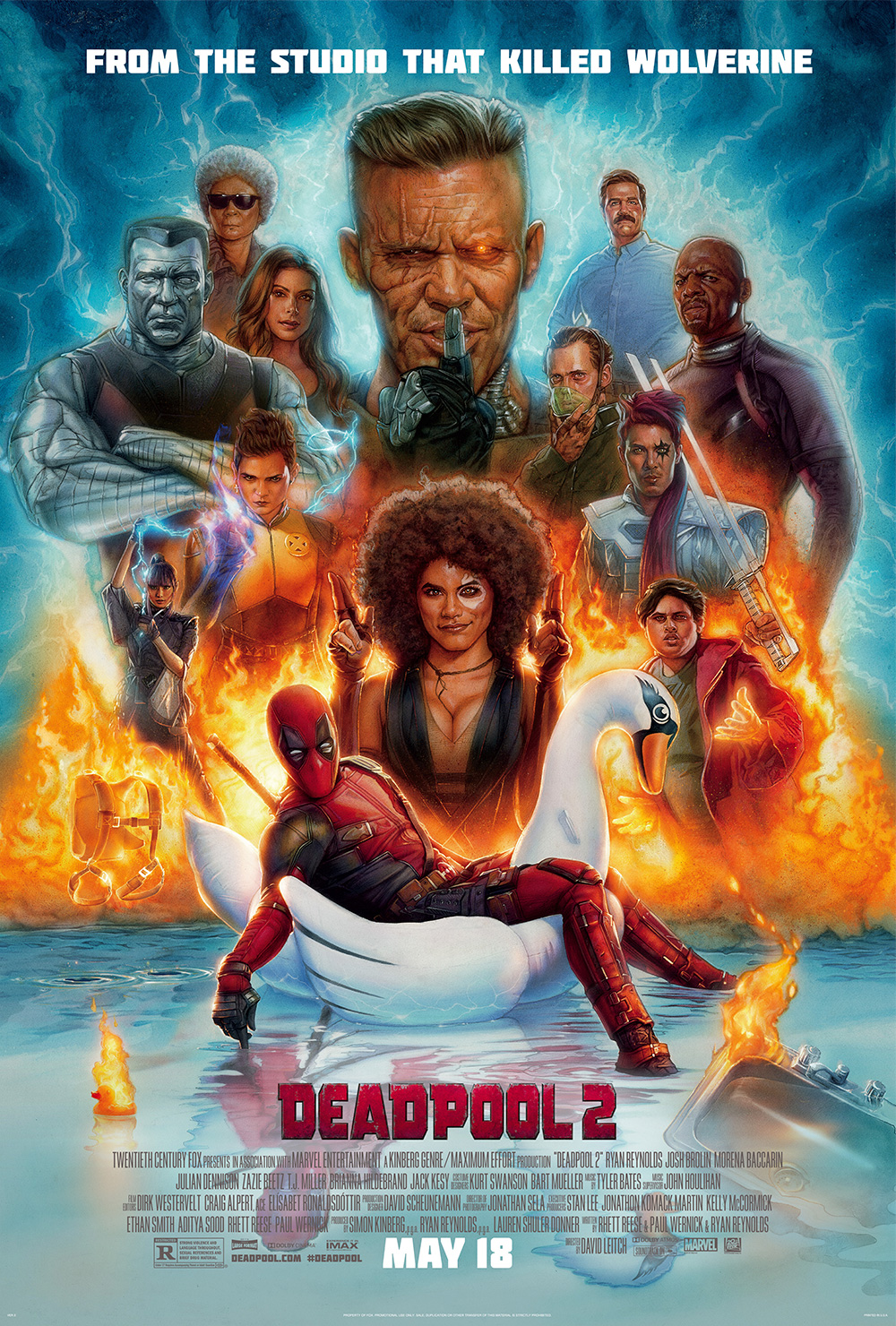 I thought seeing the first Deadpool would prepare me for the second — nope. I guess I forgot how much blood and guts were actually in these movies.

It’s one thing to kill people in movies, but to kill people the way Deadpool kills people, really, it’s not for the weak. I had to turn away at least a dozen times, I was laughing when I did, but still it was too gross to watch.

I love Ryan Reynolds in these films. Besides the gory grossness, the movie had me laughing out loud over and over. Not just me, the entire audience loved the humor. There are so many quick snips that some of the jokes flew right over my head. Okay, a lot of them did, but I got most of them.

Deadpool is known for breaking the fourth wall, which it does repeatedly in this film, laughing at itself and its movie making antics. I would say this movie is a comedy, even though its technically science fiction.

It’s light and heavy at the same time—does that make sense? So frustrating, really, but I think that’s the point.

I enjoyed the story line—Deadpool has a heart and he must save a kid from becoming a killer. Deadpool finally gets an F-WORD (family). Ha!

Wisecracking mercenary Deadpool joins forces with three mutants — Bedlam, Shatterstar and Domino — to protect a boy from the all-powerful Cable.

Who has already seen Deadpool 2? What did you think? I would love to hear your thoughts in the comments below.

Don’t forget to check out the rest of my blog. I have a ton of articles so take a look at the Menu Bar. Be sure to subscribe to my blog via email and also subscribe to the newsletter pop up—that way you don’t miss anything new!