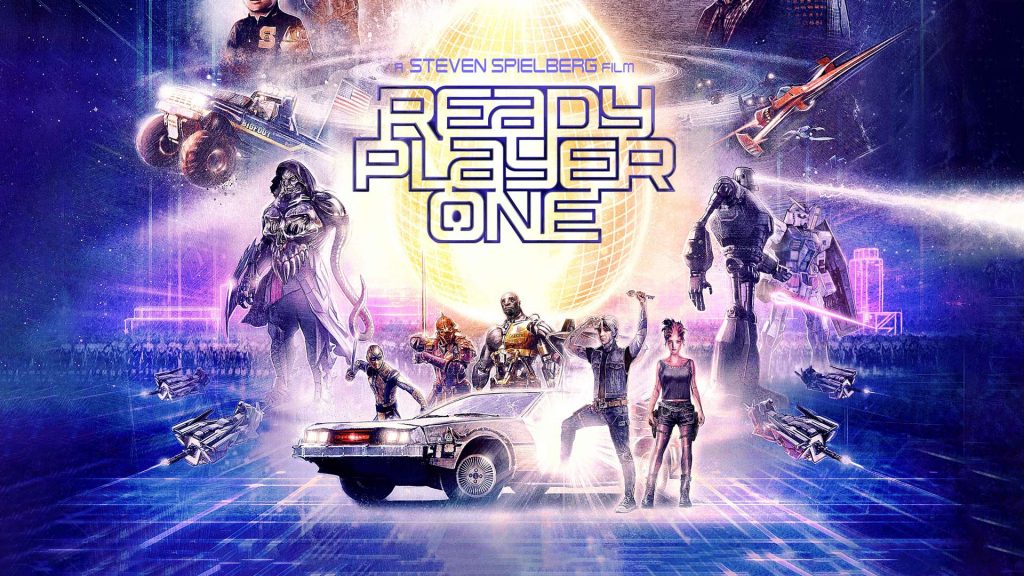 We saw Ready Player One on Friday, we couldn’t wait to see this new Steven Spielberg film! My boys (ages 11 and 10) are big video game fanatics, and even my husband and I love the new virtual reality concepts.

This movie did not disappoint! The special effects and virtual worlds are incredible. You are transported into a new reality where everyone can be anyone they wish, do anything they wish – it’s a whole new world at your fingertips.

Here is the summary from the Web: From filmmaker Steven Spielberg comes the science fiction action adventure “Ready Player One,” based on Ernest Cline’s bestseller of the same name, which has become a worldwide phenomenon. The film is set in 2045, with the world on the brink of chaos and collapse. But the people have found salvation in the OASIS, an expansive virtual reality universe created by the brilliant and eccentric James Halliday (Mark Rylance). When Halliday dies, he leaves his immense fortune to the first person to find a digital Easter egg he has hidden somewhere in the OASIS, sparking a contest that grips the entire world. When an unlikely young hero named Wade Watts (Tye Sheridan) decides to join the contest, he is hurled into a breakneck, reality-bending treasure hunt through a fantastical universe of mystery, discovery and danger.

View the trailer here: (will only play on web browser, not in email)

When I bought tickets to this movie, I was so excited to see it, I failed to realize one important thing, its PG13, not PG. I have younger kids, 11, 10, and 7. Most of the content in the movie is okay; yes it’s action packed, but since the characters are in a virtual world, the violence is tolerable (no bloody guts when people are “zeroed out”).

However, the language! (insert monkey hiding ears emoji) Every cuss word is used, and not just once. Even the “F” bomb is dropped! Of course my boys just laughed and laughed, not believing their Mom let them see this movie (oops!)

In one scene the characters are put into the movie The Shining (yes, that horror film). There are scenes from the movie that are a bit gruesome, but it is done comically which helps. My seven year old covered her eyes a few times, but I was surprised how my kids never got scared. I think because most of the action is in a “video game world” it didn’t bother them.

There are a few “make-out” scenes, but nothing highly sexual. My boys did hide their eyes when the kissing took place, claiming it was “gross.”

The video game eighties and nineties nostalgia was fun for us “older” people. I recognized a lot of characters and props from older movies and video games we all played as kids.

Overall, I loved the story line. The truth is, “reality is the only thing that is real,” – and it’s the best place to be.

I would recommend this movie for older children, it is PG13 for a reason. Who has seen Ready Player One? Let me know what you thought in the comments below! Actually…I’m ready to see it again.