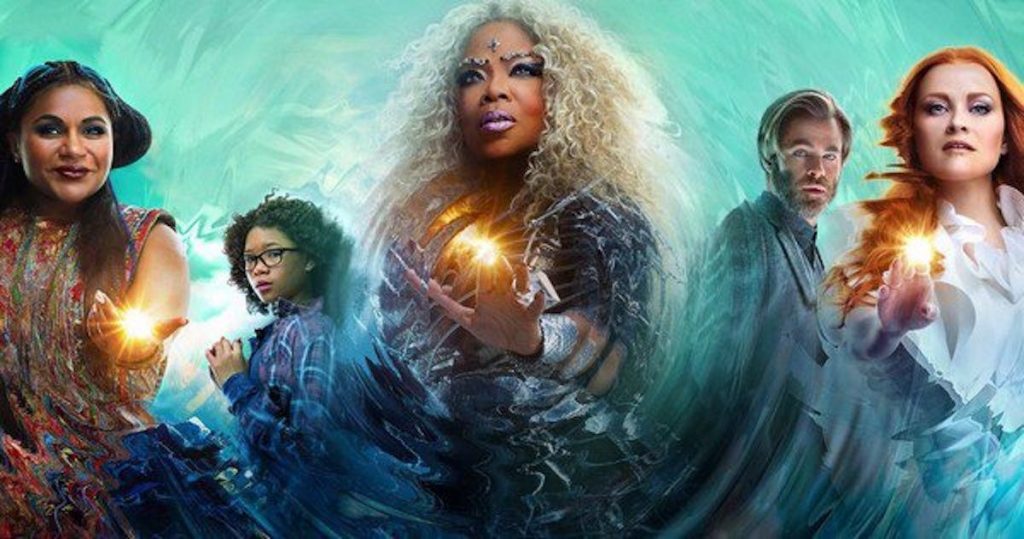 I took my boys (ages 11 & 10) to see A Wrinkle in Time yesterday, March 15th. We were a little late considering opening day was March 9, but we had a Spring Break camping trip that got in the way of our movie day.

Having not read the book, I wasn’t sure what to expect with this movie, but the trailer along with the star cast had us highly anticipating the film.

That being said, the movie was WAY BETTER than I expected. What a wonderful story!

Here is the summary:

Meg Murry and her little brother, Charles Wallace, have been without their scientist father, Mr. Murry, for five years, ever since he discovered a new planet and used the concept known as a tesseract to travel there. Joined by Meg’s classmate Calvin O’Keefe and guided by the three mysterious astral travelers known as Mrs. Whatsit, Mrs. Who and Mrs. Which, the children brave a dangerous journey to a planet that possesses all of the evil in the universe.

Both of my boys LOVED this movie. It had all the feels: action, adventure, family, friendship. We were sad, angry, upset, scared, happy. The intense emotions had me crying at the end!

The lessons in the film about accepting our faults, loving ourselves, and trusting our strengths, were great for my boys, even me. The language and the quotes were beautifully written.

Here are some of my favorite quotes:

Mrs. Whatsit: We can’t take any credit for our talents. It’s how we use them that counts.

Mrs. Which: [ to Meg] Do you realize how many events, choices, that had to occur since the birth of the universe leading up to the making of you?  Just exactly the way you are.

Mrs. Which: Those who were willing to face the darkness, bring the best of themselves to the light- for the world

Mrs. Who: The foot feels the foot when it hits the ground.- Buddha, Nepali

Mrs. Who: Life without love is like a tree without blossom or fruit. -Gibran Lebanese

Mrs. Who: The wound is the place where the light enters you.- Rumi, Persian

My eleven year old did get a little scared during the highly intense action toward the end of the movie, however my ten year old was fine. My daughter, age seven, would have definitely been scared, so I decided to leave her at home.

Seeing as I have not read the book, which now I want to, I can’t accurately compare the film to the book. BUT, I did overhear some women in the bathroom saying the book is better. It always is though!

Overall I would recommend this movie for the whole family, school age children will love it. My boys even said they would see it a second time, and I agree!

Who has seen A Wrinkle in Time? What did everyone think? Let me know in the comments below.