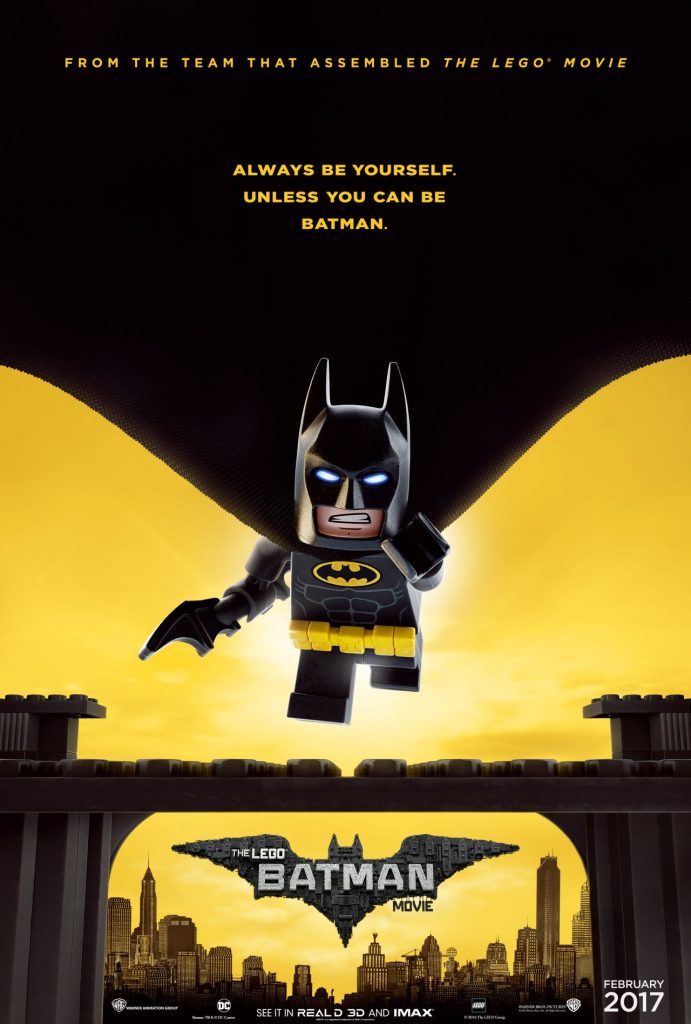 My family absolutely loved The Lego Movie, so when we found out they were making a Lego Batman Movie we were all beyond thrilled. After seeing the film over the weekend, I can happily say it did not disappoint.

From the creators of The Lego Movie, The Lego Batman movie follows the same slap-stick fun comedic writing and character plotting. The one liner quips are hilarious.

The plot follows Batman, an egotistical loner who feels he can do everything by himself. Batman trusts no one to help him and sees himself as the best person in the world, literally. When The Joker attempts to show Batman even he needs villains to exist, Batman goes through a journey of self discovery, building family members along the way, and overcoming his painful past.

This movie has multiple laugh out loud moments, for the kids and the adults. My son, age eight, who loves Legos, absolutely loved this movie. He has already asked to see it again, and once home, dug out his Lego box from under his bed and started building. My nine year old son loved it as well giving it a 10 out of 10. My six year old daughter also liked it, especially Bat-Girl, but she was a little frightened due to the explosion of every Super Villain there ever was showing up to wreck havoc in the film. She said laughing, “I just kept saying, they’re just Lego’s, they’re just Lego’s.”

There are a few mild inappropriate comments in the film, depending on what age your children are. For example the language such as “shut up.” Otherwise, I would say it is a great family film for both adults and children. It’s not a movie to take too seriously, but has a great message of the importance of family and love.

Have you seen The Lego Movie? I’d love to hear your thoughts. Comment below!