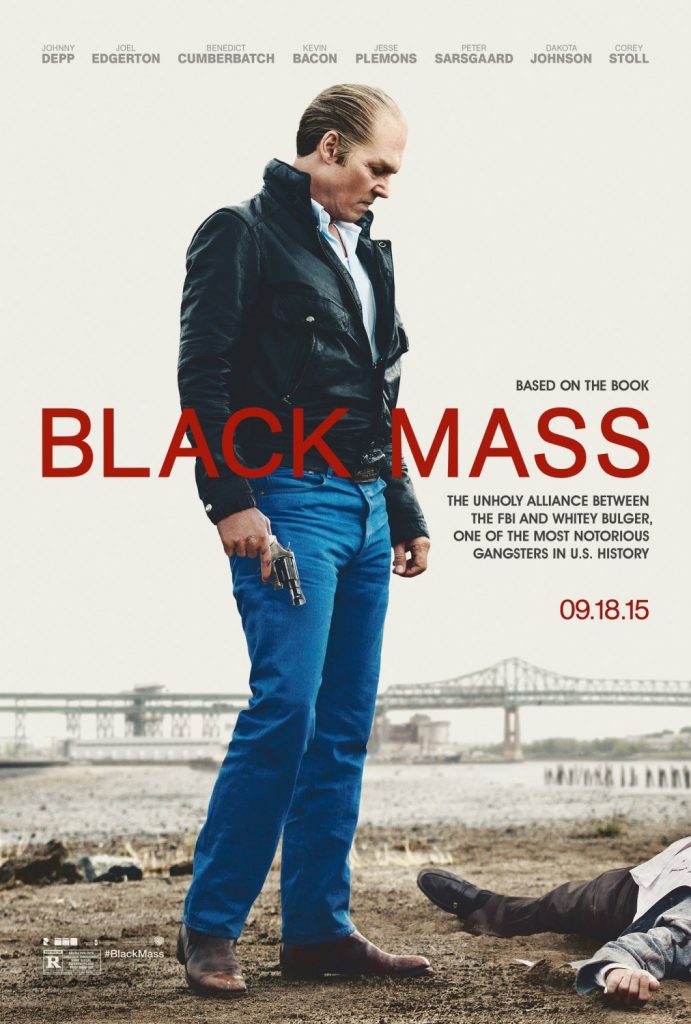 While I don’t normally rush to see Gangster movies, I was curious to see this one because I love Johnny Depp as an actor. My husband also described it to me as the new Scarface, and said it is supposed to be one of the best gangster movies ever made.

Curious, I decided to give it a try. This movie is the true story about how Bulger became one of the most dangerous gangsters in history. It takes place in 1970’s Boston. Going into the movie I didn’t know anything about James “Whitey” Bulger. His story is definitely corrupt and violent.

The movie ends up being more of a documentary than a Scarface gangster movie. I felt like I should be watching it at home on Netflix verses the big screen. While it did have some pretty gruesome scenes, the plot was nothing like I thought it would be.

The actors in the movie did a good job and of course Johnny Depp was amazing. He looks incredibly spooky with blue eyes and rotten teeth. The story of James “Whitey” Bulger is very interesting and I can see why they made a movie about it. However, I would pick a different  movie to see this weekend. Wait for Pay-Per-View for this one.